Telephone 0844 812 9795 info@dynamis.training
“Both course content and the trainer were excellent –  real work life situations“
“relevant realistic training for the type of challenging behaviour that we encounter”
“Useful to all who attended – passionate about topic”
“Very high standard of training delivered to our team”
“All staff now feel confident and competent”

“Very knowledgeable on subject and able to translate to practice easily, using examples to illustrate points.  Practical session very beneficial.  Excellent course, will be recommending it to colleagues!  Feel more safe in the workplace as now have strategies to put into place to ensure safety is not compromised”

Breakaway training from Dynamis has been designed to enable Public-Facing staff faced with the imminent threat of violence or a violent assault with the appropriate attitudes and tactics for personal safety. If danger can not be avoided any other way, staff should breakaway or disengage from violence and move towards safety using appropriate personal safety or self-defence skills.

Our breakaway training incorporates a comprehensive explanation of UK Common and Criminal Law regarding assault and use-of-force for self-defence or disengagement in a work context. This includes the Duty of Care perspective and Human Rights obligations. Our breakaway training delivers you risk-control as the employer, and appropriate but effective breakaway skills for your public-facing staff.

This training course teaches a quickly-learned and easily-retained method of breakaway and disengagement.

Staff often fail to reproduce their classroom-learned breakaway skills in operational contexts when they have been taught too many techniques in too little time which have not been rigorously tested for use. This was highlighted in the results of a study conducted by Dickens and Rogers in 2009, entitled: “An audit on the use of Breakaway Techniques in a large psychiatric hospital: a replication study”

“Perhaps…in the heightened state of arousal caused by a real assault people would use any techniques that would work at the time. Our finding that 80% of participants managed to break away successfully without using the taught techniques does give credence to this, suggesting that breakaway methods that centre on natural instinct as opposed to highly technical manoeuvres are likely to be recalled more successfully”  — Journal of Psychiatric and Mental Health Nursing 2009, 16

Health and Safety principles for managing safety in the workplace (Duty of Care) during a breakaway incident.

Principles of resolving conflict using non-physical means where possible prior to needing breakaway.

The risks inherent in breakaway and self-defence scenarios and how to reduce or avoid them.

Practical ways – including a small number of physical skills which can be broadly-applied – for staff to protect and safeguard themselves and disengage from the most common assaults prevalent in care services.

When: Usually 1 Breakaway Training Day on a date scheduled for your convenience

Who:  up to 15 staff are led throughout the Breakaway skills method by one Dynamis trainer.  Suitable for staff who may need to protect themselves and breakaway from combative behaviour from patients or clients in health, social care, housing or any other  role dealing with the public.

Where:  at your venue in a room or rooms where you have adequate safe space for the trainees to move around and practice skills safely without risks of slip, trip or fall hazards.

How:  Our trainers deliver this breakaway training course using a mix of lecture/presentation, Q&A, physical practice and scenario rehearsal. 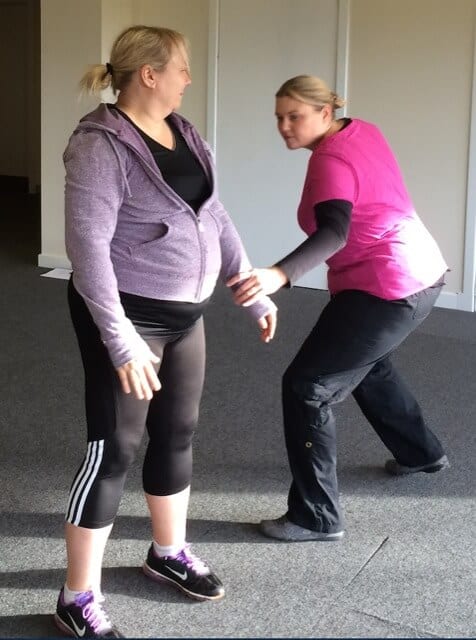 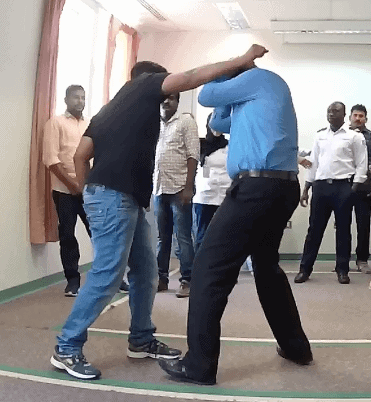 A typical set of physical skills developed on our Breakaway Training Course would be as follows:

Feedback from Learners on Breakaway Training

“Useful to all who attended the breakaway training. Care staff through to management. Instructor knowledgable and passionate about topic.”  –> Owner, Residential Care Home, Eccles

“Very high standard of breakaway training delivered to our team . All staff have confirmed that they now feel confident and competent on how to act in such significant event Thank You !!”  –> Home Manager, Salford

“Both breakaway course content and the trainer were excellent. Gerard does not allow anyone to feel bored or not motivated throughout. The real work life situations are being discussed and all staff participating can share their ideas. I did marked that the course was slightly too short as all my staff participating felt that the subject was very interesting and provided in excellent way therefore they ( and myself) felt that we could do easily go through another two days. Thank you Gerard”  –> Deputy Manager, Residential Home for People with Complex Needs, London

The Correct Design of Breakaway Training

This video series from Gerard O’Dea, Director of Training at Dynamis, explains the rigorous approach we took to the design and development of our Breakaway training. In short our methodology endeavours to make sure that it is robust in the face of: 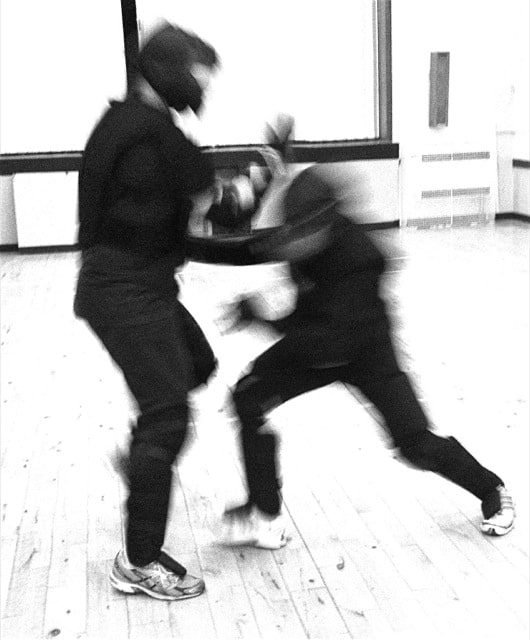 Our breakaway training system incorporates modern theory and findings from sports science and the field of motor learning and performance and applies this knowledge to the issues of interpersonal violence and the common acts of physical violence.

The research has focussed on brain function under high stress, which we have incorporated into our breakaway training for your teams.

As a threatening hazard is presented to the system, human beings experience an “amygdala hijack”, also known popularly as the “fight or flight response”:

“The amygdala is the “fight or flight” and emotional memory part of the brain. Its job is to protect by comparing incoming data with emotional memories. An amygdala hijack occurs when we respond out of measure with the actual threat because it has triggered a much more significant emotional response.

When one experiences an amygdala hijack, the amygdala overtakes the neocortex (the thinking part of the brain) and there’s little or no ability to rely on intelligence or reasoning. The effect is that energy is drawn exclusively into the hijack. The immediate result of a hijack is a decrease in working memory. Adrenaline is released and will be present and effective for 18 minutes, and other hormones are released into the bloodstream that will take 3-4 hours to clear.” — Julie Fleming-Brown

Poorly designed breakaway training programmes which do not make consideration of these principles are potentially more likely to result in poor performance in practice and may increase risk and liability for trainers and organisations who commission them.

All physical breakaway training should take into consideration the natural capabilities of the body, the ways in which it moves most efficiently and should utilise training methods and learning formula which build on fundamental attributes which are shared by every person.

However, most physical interventions systems take a ‘traditional approach’ which teaches the staff team a catalogue of “techniques” holds and positions which should be matched to certain circumstances.   Reality, however, often unfolds in an unpredictable and rapidly-evolving manner and this is often where the disconnect arises between the complex-motor-skills comfort-zone of the classroom and the ‘mobile geometry’ of real confrontations.

Staff who are trained in the ‘old-school’ methods often fail to reproduce their classroom-learned skills in operational contexts.

This is highlighted in the results of a study conducted by Dickens and Rogers in 2009, entitled: “An audit on the use of Breakaway Techniques in a large psychiatric hospital: a replication study”

“Perhaps…in the heightened state of arousal caused by a real assault people would use any techniques that would work at the time.  Our finding that 80% of participants managed to break away successfully without using the taught techniques does give credence to this, suggesting that breakaway methods that centre on natural instinct as opposed to highly technical manoeuvres are likely to be recalled more successfully” — Journal of Psychiatric and Mental Health Nursing 2009, 16

Under the immediate high-stress of an assault, the ways in which the body’s movements are controlled and regulated by brain-function and neurology undergo instantaneous and drastic changes – removing the learner far from the comfort-zone of their everyday state.

Unfortunately, much breakaway training and  tactics relies on:

A lot of learned ‘techniques’ and martial arts ‘moves’ result in failure when put to test in the real world – they are often designed in a sterile laboratory where surprise, natural motion and decision-making do not impact their effectiveness.  Of course, the real world does not provide a sterile environment!

Physical breakaway training must acknowledge these issues – understanding natural human behaviour, incorporating an understanding of confrontation stress on physical performance and utilitising movements which work with the natural tendencies of the body.

It is our belief that the best tactics are those developed from an analysis of basic human physiology – they are then retained more readily and are closer to hand when the trainee needs them the most.  Our commitment to this belief ensures that our physical training has the greatest degree of relevancy when it is most needed.