At Ryukyu Kempo 720 we practice old-style Okinawan Karate (Ryukyu Kempo) and ancient Okinawan weaponry (Ryukyu Kobudo) in the UK.  Ryukyu Kempo 720 has practitioners in Penrith, the Lake District, in Edinburgh and London and is open to all interested in training in this old-school tradition.

The fundamentals of this martial art are passed down through training in solo movement patterns (called “Kata”) which is how we learn efficient body motion.  We put those movements to use in drills and exercises called “kumite” to practice self-protection.  We sometimes use Pads and Protective Gear to incorporate contact into the training.  We learn how to train with the types of weapon used by the old Ryukyu Kingdom’s state officials and warriors (called “Kobudo”) to strengthen the body and improve coordination.

Renshi Gerard O’Dea has developed a methodology of marrying kata with partner work, based on experiences in Karate (since 1984), Shorinji Kempo (1999-2001) and Aikido practice (1994-2002) in the UK, Japan and internationally which focuses on the development of ‘Embu‘ partner-practice exercises.

The inter-personal co-operation required in practice and learning, in addition to the historical & cultural context of the practice, broadens minds and opens the imagination… 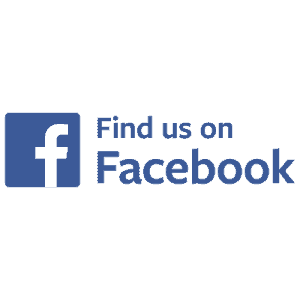 Ryukyu Kempo is a term used to describe the classical forms of karate practised in the the Ryukyu Islands, a chain of islands south of Japan. The largest of these islands, Okinawa (沖縄), is where karate originated. Kempo (拳法) literally translates to ‘fist method’ and .

In the 1960’s, a style and ethos of practicing Karate/Kempo called ‘Ryukyu Kempo’ was introduced to the United States by Taika Seiyu Oyata and has been passed by his students.

What makes Ryukyu Kempo unique when compared to other styles of karate is that it attempts to remain untouched by the changes made in the earlier part of the twentieth century that transformed karate from a practice for life protection into a competitive sport. As well as offering the striking techniques associated with most karate styles, Ryukyu Kempo teaches the student Tuite (捕手)  (joint locks and grappling) and Kyusho (急場)  (vital point striking), information once core to the study of karate which has been lost over time. These techniques are from Kata (型)  (prearranged forms) and students are taught how to break down kata for practical defence. Ryukyu Kempo also offers students the chance to study Kobudo (古武道) (ancient weapons), and how it relates to the unarmed side of the art.

The curriculum contains 12 Basic Kata to prepare for Shodan. These kata were passed on by Taika Oyata. Generally these kata are taught in the following order:

The 12 basic kata contained in the curriculum are a step by step deliberate practice of exact and precise movement. The kata are the ABC’s of karate training. After the ABC’s are mastered the next goal would be to learn how to put the letters in a varied and spontaneous order to create words. After words are learned then the practitioner is competent enough to compose deliberate movement ‘sentences’. After sentences, then paragraphs and prose.

In addition to these Basic Kata, the curriculum is broad enough to contain advanced versions of each of the twelve Base Kata, incorporating timing and subtle movement enhancements which shift scale and depth.

1.  Strive for a good moral character.

2.  Keep an honest and sincere way.

3.  Cultivate perseverance and a will for striving.

1.  When asking to taught be submissive and free from prejudice, accept the teaching as shown.  In this way you will not establish your own peculiarities or bad habits.

2.  Be polite and obedient to the master and other superiors.  Be courteous among fellow students and followers.  You must strive to develop humbleness.

3.  Cultivate a spirit of perseverance.  You will develop a healthy body if you have strength of mind and train fearlessly.

4.  Strive to be a warrior for the construction of a peaceful and free world, by using the character building, morality and spirituality contained in the way of karate.

5.  In daily conduct do not encourage fights or arguments.

6.  Move from easy to difficult and from simply to complicated.  More time is required to train longer and harder as you progress.  Do not hurry or engage in senseless or reckless practice.  Develop gradually.

7.  Become familiar with the use of the makiwara and other training equipment.  Train yourself to use your fist, body and positions.  Be patient and study earnestly the katas and matches.  Do not aim for hurried success.

8.  In the past a single kata of studied for three years.  A long time ago a particular master analyzed a kata for over ten years.  Do not think you have mastered a kata and become proud of your success.

Pride will lead to hurt your achievement in virtue and technique, thus pride can be like a poison to the world.

9.  Take care not to develop only your favorite technique, neglecting others because this will leave a weakness in your defense.  Be cautious not to become to theoretical or technical because these too are weaknesses.

10.  Ask questions freely of the master and other superiors because you must strive to understand what you are learning.