The potential for actual management of aggression

The potential for actual management of aggression

The POTENTIAL for ACTUAL MANAGEMENT of AGGRESSION

Twice in this article from the Herald newspaper members of staff at a facility in Ireland mention the specific training system  that they are trained in, presumably for their own personal safety, for the control of violent clients they have in their care and for the protection of others – MAPA which  stands for “Management of Potential or Actual Aggression“.

Workers at the residential facility in Ireland initiated strike action recently over personal safety fears, and it seems their complaints about their workplace are rather pointed at a specific type of training they receive, and how it allegedly fails to protect them.

“Staff have repeatedly raised serious concerns over their personal safety at the facility, which included the threat of being attacked with weapons by detainees.   Staff have previously been threatened with hammers, saws, knives, power drills, steel bars and boiling water.”

Arguably any system of personal safety, control and restraint or ‘physical intervention’ would struggle to provide a guarantee of safety under those circumstances, however there are different gradients of systems within a very varied and unregulated market of training provision in this area.

“Concern has also been expressed over the intervention procedure implemented at the Lusk facility to restrain young offenders.  Workers have no riot equipment and the restraint technique we use is called Mapa (Management of Actual or Potential Aggression), which is useless,” a source said.”

In my professional experience, I have met more than one team who have had this kind of system of intervention introduced into their service.  In every case I have come across, the system has come in for heavy criticism from the teams that are asked to apply it.   Many have told me – anecdotally – that these kinds of systems are not fit for purpose in their services and that they suffer from failure in live scenarios, where they have tried to use the methods to control risk and their efforts have resulted in a loss of control and sometimes harm to staff or clients.

In another case from a few years ago, this kind of training in physical intervention holds was mentioned:

The HSE investigation also found the hospital previously used restraint techniques known as MAPA (Management of Actual or Potential Aggression) – but after recommendations by the Healthcare Commission following an inspection at Cedar Vale in February 2006, Castlebeck decided to replace MAPA techniques with a restraint method…   Staff … had expressed concerns that the techniques would not be adequate to deal with the risks posed by Mr Lovegrove

On one online forum (studentnurse.net) a person who had done this kind of training in physical intervention had this rather alarming review of the system they were taught:

It is suppose to be kinder version of restraint technique and it was used mainly for people who are deaf, as this way they can still use sign language to communicate with staff (in MAPA hands are free). It was 5 day course when I have done it.

We see a wide variety of approaches out in the different sectors we work in quite a lot and unfortunately some of them have been designed by well-meaning but often under-equipped ‘authorities’ who innovate tactics which will be used in very rapidly unfolding, tense and uncertain situations which contain a very real risk of life-changing injury.

There are people offering advice and teaching breakaway, physical intervention and restraint techniques who have become ‘experts’ (and remained such) through routes which have left them bereft of the proper systematic thinking and the tools necessary to properly design training in physical intervention which match the environments they are going to be used within.

Some trainers operate from a single potentially narrow methodology and single training approach (the well-known “hammer”) which they apply – blindly – to all teams that they meet in all contexts they meet (the unfortunate “nail”).

VALUES AND ACTIONS, IN ACTUALITY

Now, to be absolutely clear and before anyone can accuse me of favouring an overly-physical approach to the management of aggression, I have to say something about the interaction between good values and good actions.

The development of services which treat the service user with dignity and show them respect is absolutely key.  The practice of verbalisation skills which underline the correct values and then demonstrate them to the people we look after are central to creating environments which are non-violent , safe, secure and effective for those we look after.  The purpose of these facilities should be to model respect, dignity and to provide healthy boundaries for life as a contributing person in society.  That is a service with good values.

However, sometimes, the values we need staff to have for safeguarding our service users, for dealing with them compassionately and appropriately because we recognise that they are vulnerable and the attitudes we want staff to bring into those situations can then seem counter-active when we have those same staff faced with “actual aggression”.  In these situations, a system of physical management, of intervention and control and safety, must work.   It must work (and provide options which are proportionate) or else it will not promote “good actions”.   Instead, like any bad design, it may get people hurt when it predictably fails.  Repeatedly.

The point here is that systems which are designed to prevent or manage aggression and violence need to know in which areas they are stronger, or in which areas they are weaker.   They need to be honest with their clients about when their highly-refined approach to care and communication and de-escalation has far outperformed and out-progressed their system’s ability to withstand the physical chaos, mobile geometry and pressure of colliding bodies when words alone are failing.

They need to be honest with the client.

Many systems of communication, de-escalation and defusing are now taught by seasoned professionals and people who are experts in care, compassion and working with vulnerable groups.   They have refined their approach by testing it and reviewing it many times over.  However, the physical systems which are taught as the alternatives to these communication or crisis-intervention programmes have often not kept up the pace of improvement and refinement.

I can’t emphasize this point enough:    Where staff are attempting to communicate with a distressed person and elicit positive behaviours, but have no confidence in what happens next if words alone fail and physical alternatives become necessary, then the culture of compassionate care is empty, vacuous and ineffective.  Staff will have fears, doubts and hesitations which will be clear to the person they are interacting with and therefore undermine the entire exercise.

Note the comments from the staff at Oberstown, who may be attempting to use such a ‘fragile’ physical intervention methodology:

“It is only effective against small kids but, because of the PC brigade, staff are forced to use it.   The prison service use C&R (Control and Restraint), which is more effective…   There are so many injuries to staff because we are forced to use Mapa.”

THE IRONY OF FORCING A USE-OF-FORCE SYSTEM

Then we need to consider another point.  Regardless of whether the physical system is properly designed and tested for its robustness in the face of “actual aggression” (ironically) the idea that staff are ‘forced” to use a system that is failing to create safety and raises all sorts of problems for management in terms of their liability, competence, risk assessment compliance and moral integrity.

To put the injury rate in that facility in-context:

At the time of the industrial action, the unions cited official figures showing that there were more than 100 violent incidents in 2015, almost half classified as critical and that 65 staff were on sick leave.

Impact official Tom Hoare said there was a “daily risk of serious assault” which left many staff “literally in fear of their lives”.

Questionable restraint advice and even worse practice will do that to a team.  Restraining a violently resisting young person, to stop them hurting themselves or another person, is one of the most physically demanding activities a person can possibly do in any line of work and without adequate time in practice, mental preparation for making good decisions, a strong culture of debriefing and the correct attitudes throughout a team for creating a safe and secure environment, then botched interventions and injured staff and children are bound to be the results.

There can be a culture of abuse which sometimes grows in these facilities and again it is rooted in the training, development and practice of staff.

The manager in charge of this facility is making some changes, and in his comments one can see a swing towards more suitable systems for safe work.

“Last November, I issued a memo to all staff that physical interventions they used were to stop.  I could not understand the amount of injuries the staff had. It meant three people could not get through a door [carrying the person]. They were hitting off doors and radiators. Historically, it was the approach taken here.  Now, he says, if someone needs restraining, staff do it “properly” and do not try and lift, but restrain the person with their bodies until they calm down.  If the offender has a weapon, staff are told not to engage, to bide their time, and close the door behind the person.”

However, if the staff are still, months later, asking for PPE (personal protective equipment) and adequate training to help them to manage violence and aggression in their work.  Oberstown is the last resort in managing young people who are edging towards criminality as a way of life, and violence is often a feature of their behaviour.

In the face of a widespread culture of violence, there needs to be a re-framing in dealing with some of the most troubled and emotionally unstable, unpredictable children in our care system:   there exists not a risk of violence, but an immediate reality of violence – an actuality of aggression.

The question being raised by this case, and the ongoing reports at national level for this facility, is whether organisational attitudes to training and management of work-related violence in managing young people who present with “actual aggression” need to change.   Where a system “only works for small children” but is being mandated for use and resulting in injuries and loss of control of the facility, then the staffing shortages, recruiting problems, industrial disputes, media attention and other negative effects will continue.

To keep up with the Oberstown story, visit:  http://www.thejournal.ie/oberstown/news/ 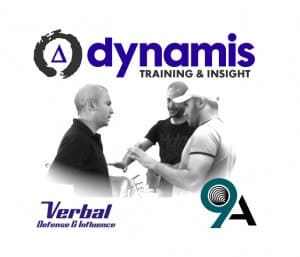 Gerard O’Dea provides tailored Prevention and Management of Violence and Aggression (PMVA) and Conflict Resolution training courses for education, care, health and hospital service providers around the UK, so that service-users and staff are treated with dignity and shown respect, even in their most difficult moments.  Combining respectful verbalisation skills with last-resort physical alternatives for true, full-spectrum patient care has been his specialty for over ten years as director of training for Dynamis.