Seclusion rooms are used in order to reduce the need for physical and mechanical restraints over prolonged periods of time.  They can sometimes be used as a short-term measure to keep the patient safe while medication takes effect.  It is a sometimes controversial measure because of its significant potential for abuse or mis-use.

Seclusion is defined as:

Seclusion is the supervised confinement of a patient in a room, which may be locked to protect others from significant harm. Its sole aim is to contain severely disturbed behaviour, which is likely to cause harm to others. Seclusion should be used as a last resort; for the shortest possible time. Seclusion should not be used as a punishment or threat; as part of a treatment programme; because of shortage of staff; where there is any risk of suicide or self-harm. Seclusion of an informal patient should be taken as an indicator of the need to consider formal detention.

Seclusion must be differentiated from asking a service user to go to a designated room for the purpose of calming down. The latter is a de-escalation technique (Time Out) and the seclusion room should not routinely be used for this purpose. There is a possibility however that the Seclusion Rooms could be re-purposed as Time Out rooms, if this better reflected the therapeutic approach of the Psychiatric department.

Seclusion forms part of a ‘system’ of managing – in the short-term – disturbed or violent behaviour in emergency or in-patient psychiatric environments.   Importantly the National Institute for Clinical Excellence in the UK has created a visual flowchart of how these incidents should be managed:

Physical Intervention (holding with force) is used to enable rapid tranquillisation to take effect BUT is contraindicated when holding is prolonged for long periods of time.

Rapid Tranquillisation (RT) is used to avoid prolonged episodes of physical intervention and holding by force, by medically calming the person BUT is contraindicated when the person has taken previous medication or is not working in a timely fashion.

Seclusion may be used also to avoid long periods of physical intervention and holding by force.  It is contraindicated when the RT has taken effect and among these three options is the absolute last resort. 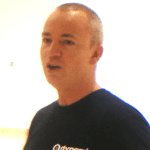