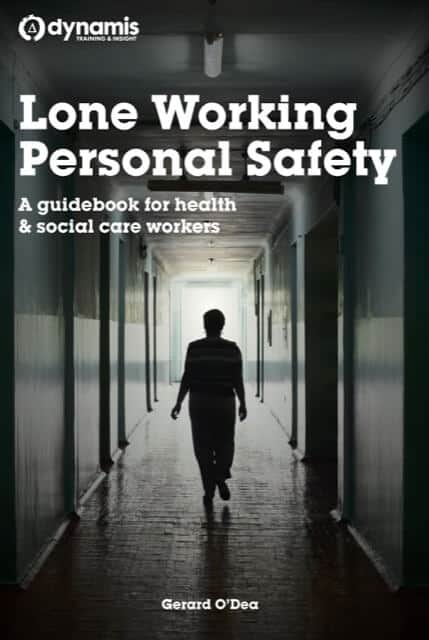 Lone Worker Training may have helped a vulnerable social worker who was abducted and attacked by youths.  Three teenagers who abducted and attacked a trainee social worker on a home visit have been jailed for a total of five years.  Holly Loudoun, 23, was forced to her knees and hit repeatedly as James Muir, Lauren Taylor and Tammy Sangster discussed what they would do to her.

Ms Loudoun, who was left with a broken nose and covered in blood, said: “I didn’t think I was going to get out of that house alive.”   Sheriff Alistair Watson described the attack as “appalling” and said it would have a lasting effect on the victim.

The teenagers launched the assault on Lone Worker Ms Loudoun as she visited supported accommodation in Merryvale Drive, Irvine, Ayrshire. She told Kilmarnock Sheriff Court: “James pushed me towards Lauren and she grabbed me by the hair and punched me in the face three times.

“I was screaming ‘Let me go’ but Lauren said, ‘No’. She pushed me down onto my knees while they looked for money. They were wondering what to do with me,”    Muir, 16, Taylor, 17, and Sangster, 19, were earlier convicted of abducting Ms Loudoun, detaining her against her will and assaulting her in the course of her employment.   Muir, of Paisley, admitted the offence while Taylor, of Bishopton, Renfrewshire and Sangster, of Kilbirnie, Ayrshire, were found guilty by a jury of the attack in June 2011.

The court heard Ms Loudoun, working alone, was seized and pushed against a wall before being punched repeatedly on the head, shoved to the floor with her nose and mouth covered and robbed of two mobile phones and her car keys.

Ms Loudoun, who had been on a student work placement, told the court the trio discussed keeping her in the flat overnight and taking her car.   Suzanne Fotheringham, prosecuting, asked her: “What did you think was going to happen?   The lone worker replied: “I didn’t think I was going to get out of that house alive.”

Muir was given two years detention while Taylor and Sangster were each given 18 months detention.

Passing sentence, Sheriff Watson said: “What you did to the victim in this case was appalling. She was detained in circumstances that she was in fear of her life.”    Sheriff Watson said Ms Loudoun showed “considerable courage” and added: “The gravity is such that only a custodial sentence can reflect the seriousness of what you did and the long-term effect being abducted will have on Ms Loudoun.”

Dynamis Lone Worker Training provides very popular and successful courses in  Lone Worker Personal Safety  which aim to prepare the individual for the various avoidance, defusing and personal protection measures they may need to stay safe as a worker alone in the community.