Past history of violent behaviour is the strongest predictor of future violence.

I recall reading a news article in a sunday paper some time ago which described a reporter’s experiences while spending a weekend on the road with a London Ambulance Service (LAS) crew.  Amongst descriptions of paramedics being shot and being shot-at, about the violence and aggression he witnessed against these staff, the reporter mentioned a very special list of addresses which was being maintained by LAS.

The journalist mentioned the existence of a list of 2,000 ‘high-risk’ addresses in the London area which, if the emergency services are called and an ambulance is required to attend those addresses, certain precautions were to be taken.  The paramedic crew were to stop on the way to the location of the emergency and put on their stab-proof vests.  On arrival, they were then to await and ensure a police escort before going entering into the address.

It makes sense for the LAS to take precautions – an ambulance worker is attacked in London every day of the year.

However, if you were visiting clients in the London area, would you want to know if the address on your task list today was one of those addresses?

A criminal justice social worker, or a district nurse or a children’s dental worker for example, would probably want to know that this list was being shared with his/her team…just in case they be asked to visit one of these addresses by themselves.

Practice differs though.   One local authority we have worked with keeps a definitive record of potentially adverse violent or aggressive behaviour presented to their staff and marks them on it’s database of service users.  They do this in line with the NHS’s published guidance on Violence Warning Markers and share the information with others who may need it.

The NHS guidance published in 2010 makes clear that information pertaining to past and therefore potential-future violence by service users can be recorded and shared in certain broad circumstances and in line with the Data Protection Act’s principles and purpose.

However I am also aware of one local authority who ‘burned’ their entire violence warning marker database in response to a perceived legal threat about breach of confidentiality or privacy.   Unsurprisingly, when I ask care staff if they would want to work for that organisation, they tend to show reluctance!

Some disagree with Violence Warning Markers, stating the need for care workers to be non-judgemental, to respect diversity and equality.  Of course this is a legitimate (and lawful) aim, however respecting diversity is more appropriate to issues of race, gender, ethnicity and other areas where bias is socially unacceptable. Being non-judgemental is perfectly appropriate to issues of lifestyle, relationships, culture and choice.

Some even state that warning a care worker about a service user’s history of violence will make them over-cautious and therefore ‘cold’ or ‘wary’ towards the client, tempting them to ‘pre-judge’ the client.

These arguments, while well meant, can not stand serious scrutiny in the face of the levels of violence and aggression being recorded against health and social care staff.

We must hold one key and overriding public interest in our minds: the protection of life.  If that high-minded idea doesn’t sound practical, then it is important to note the overriding directive of Article 2 of the Human Rights Act 1998, to which every facet of government is beholden to:   “Everyone’s right to life shall be protected by law”

Furthermore, Article 2 is now supported practically by legislation such as the Corporate Manslaughter Act.  Even the UK Ministry of Defence, in charge of the most professional, hard-charging combat servicemen and women in the world, is being seriously challenged on its obligations and duty to plan, control and provision its activities in such a way as to protect and safeguard life under human rights law.

Ideas of confidentiality are important but not as important as ideas about people’s basic right to be protected from foreseeable risks that might put their life at risk, or kill them.

Certainly, if you or your colleagues don’t feel the duty and obligation to report all the assaults that are happening ‘out there’, then there is a crucially important element of the awareness and avoidance phase being missed-out.

Firstly, you and your colleagues should feel the responsibility of protecting other co-workers and colleagues who interact with your clients.  If a client has assaulted you, then it is likely – forseeable, even – that the client could assault another worker when they go to visit with them.  There would seem to be a clear moral duty to warn others of the danger (not to mention a more legal ‘duty of care’ – see the chapter herein on health and safety obligations).

Sometimes, over years of practice, staff who start their career with a keen sense of needing to record and share this kind of information have it worn down and blunted.  They have written the incident reports, discussed issues with their line managers and awaited the directives to come back down the chain of responsibility, often to no result.  After repeatedly experiencing the extra work involved in reporting, but not seeing any output from their reports, eventually they ask Why they should they spend the time to write reports when those reports aren’t being actioned?   Complacency sets in and apathy results.

Organisationally, there is a benefit to making the reporting process short, concise and easy to access. Too often the manager becomes the guardian of the mystical incident report form!

Another reason for lack of reporting can be that staff become convinced that being assaulted is part of their daily expected work, and therefore does not warrant special mention in an incident report.  Sometimes too we have become aware of managers coercing staff so as not to report certain incidents because of the paperwork generated or how the incident report will negatively impact the perceptions others have of ‘their’ service.

Worse still, upon receiving a report of an incident occurring, the manager initiates an interview with the worker about how they must have been at fault for causing the service user to be so aggressive!  This will not encourage objective reporting!

Until we are supervising workers adequately, putting safe systems of work in place, recording and sharing information about danger, treating the problem seriously and having adult discussions about risk, then we won’t be able to stop the tragedies from happening. 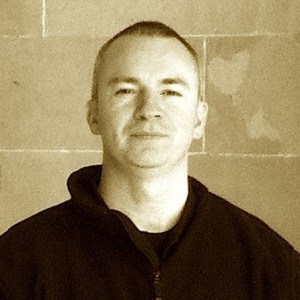 Gerard O’Dea is a professional violence-management trainer/consultant who has been active in personal safety training since 2006.  He regularly delivers training to local authority, housing organisation and other community-based staff teams who work with sometimes difficult, distressed or dangerous members of the public.  His approach to lone-worker training is pragmatic, functional and based on a keen analysis of the issues in the real world of community working.  Gerard published “Lone Worker Personal Safety:  A Guidebook for Health and Social Care Staff” (on Amazon in Paperback and on Kindle) in 2014.  For more information please visit:  https://www.dynamis.training/lone-worker-personal-safety/