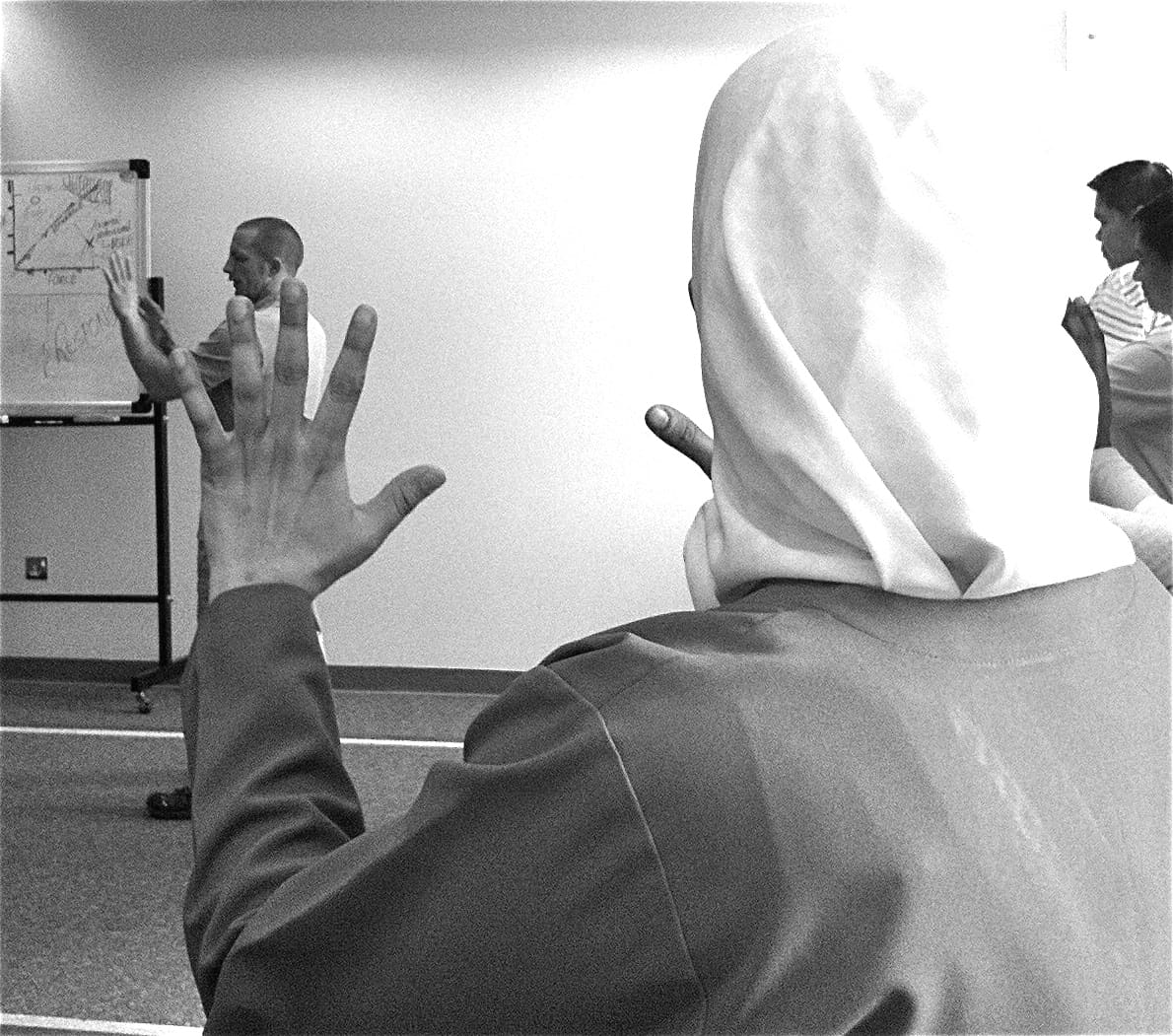 by Zeb Glover in conversation with Ger O’Dea – Dynamis Training

We could break down the non-physical aspect of Personal Safety training into two parts.

We talk about the detect, the diffuse and de escalation aspects of Personal Safety on our lone working course – we are doing all three aspects of this.

We give a whole rounded, experience, understanding and learning on all three areas. But, if I was to choose what the most important aspect would be, and what would be the easiest to learn, I’d say it’s the first one – detect.

The good news is, however many years people have been living so far before they come on our course, they observe human behaviour every single day. They might actually be quite good lit, but it is a bit hit and miss. We have to give some  framework to it and empower it.

The main principle is to address something called baseline versus anomalies.

There’s quite a well known book on this called Left of Bang (https://www.amazon.co.uk/dp/B00L45NXF4). I was fortunate enough to train with a specialist, who was part of U.S Military (R&D) around that topic. In fact, they spent millions of dollars on that topic and I was lucky enough to glean from this expert what came out of that material and knowledge.

You can use it every single day and “baselines and anomalies” applies to many different things and not just Personal Safety.

I’ll share the story that I share often with our groups on Lone Worker Personal Safety training. (We do a lot of storytelling just because it’s tends to get the point across in a more powerful way.)

I talk about the Tsunami that hit Japan in 2011, which occurred after a huge earthquake. We talk about what happened that day in this tiny little village in East coast of Japan.

However, this huge earthquake – the biggest one they’ve had for years and years – this one was out of the norm.  In this little village, they had alarms in the village and when the ground shook, the alarms went off, and people took cover until the earthquake had passed.

And of course they’re doing the normal activities after an earthquake such as clearing up the mess. However, this is where it gets a bit interesting – some time later, the Tsunami alarms went off, which are like the old fashioned WWII alarms, but they have different sounds.

The problem being that  in all those generations of the village, no one had heard this particular alarm go off before.  Now we have got this fundamental problem, which ties in with how we detect personal safety threats in lone working and that is our number one enemy  – to be in denial.

People observe human behaviour every day, but are we really conscious about interpersonal threats or not? The truth is it really is a bit hit and miss!

Anyways, the tsunami alarm went off, and a lot of people ignored it. And it gets more interesting when you look at what happened on the beach.

At this point I normally ask the group, “Do you believe that you could predict a tsunami is coming before you can physically see it if you were on that beach? Because, if you wait until you physically see it, you’ve got a time issue, of getting away from it and getting to somewhere safe.

This an action-reaction problem.  Some people say, no, I don’t think we can predict a tsunami. Some people say yes, I think we can. And some people even have the answers as to yes you can and HOW  – they are aware of the cues or indicators. So it gets interesting to explore what happened on that beach.

One of the indicators of the tsunami, is an anomaly to the baseline. The baseline is the norm, the pressure of water in the sea produces a high tide, low tide twice a day. That’s the norm.

However, when there’s a tsunami approaching, as you may well know, the tide goes really far out. The main difference is the speed. It goes out super quick. It went out so quick that the people observed fish flapping around on the beach. That’s how fast the water went out.

People had never seen that before. This huge anomaly happens right in front of them.  You get these various reactions to that, where some people just ignored it.

Some people realised “that’s not right”.

And incredibly, some people walked towards the fish, out of curiosity. And unfortunately, what they didn’t realize is they’re walking towards the threat.

In Part 2 of this conversation, Zeb talks about having mental models for Personal Safety situations and how it can help us to make better decisions and respond more effectively.